The problem with so-called “Design Thinking,” and why linear, process-based creative frameworks like this so often miss the mark.

These concepts are debated and dissected in publications like Fast Company and the Harvard Business Review, slapped onto the covers of airport paperbacks, and then eventually discarded in favor of the next topic du jour.

One such recent buzzword has been so-called Design Thinking, a creative problem-solving framework that promises to “integrate the needs of people, the possibilities of technology, and the requirements for business success.”

But just what is Design Thinking, really? And does it actually have anything valuable to offer designers and business owners, or is it just another piece of hyped-up MBA claptrap?

What Is Design Thinking?

Despite its recent uptick in popularity, Design Thinking itself is nothing new. The general approach has existed in various forms for decades.

First presented in the late 1950s as a sort of creative approach to industrial design, Design Thinking has since morphed into a vague, all-encompassing blueprint for accomplishing a great number of aspirational goals.

These include reforming higher education, social innovation, and even “creat[ing] a life that is both meaningful and fulfilling.” (Seriously.)

So, what the hell happened?

Much of the recent hype around Design Thinking has been attributed to a 2008 article published in the Harvard Business Review.

In it, Tim Brown — president and CEO of a Silicon Valley-based design firm called IDEO — argued that thinking like a designer could radically transform a business’s products, services, processes, and strategy.

He defined the concept as “a discipline that uses the designer’s sensibility and methods to match people’s needs with what is technologically feasible and what a viable business strategy can covert into customer value and market opportunity.”

In the few short years since Brown’s article was published, the concept has caught on like wildfire — or syphilis, as Lee Vinsel recently put it — in business and academia.

Many of the world’s best-known technology companies have begun integrating the principles of Design Thinking into their business processes.

And the subject is now taught at leading universities throughout the world, like Harvard and Stanford. The latter even offers a $12,600 three-day boot camp in Design Thinking through its d.school (or design school).

The 5 Steps of Design Thinking

In its most common formulation — the one taught by Stanford’s d.school — Design Thinking proceeds through five distinct stages: Empathize, Define, Ideate, Prototype, and Test.

Empathize. The first stage of Design Thinking aims to “gain an empathic understanding of the problem you are trying to solve.” It is the crux of the entire framework and requires thinkers to set aside their own presuppositions in order to gain insight into the needs of end users.

Define. During the Define stage, Design Thinkers will begin to synthesize the information gathered during the previous stage and define the core problems to be addressed — compiled into a “human-centered problem statement.”

Ideate. After having sufficiently analyzed their observations and defined their problem statements, thinkers will utilize various Ideation techniques — i.e. brainstorming and SCAMPER —to “think outside the box” and identify novel solutions.

Prototype. At this point, a number of inexpensive and watered-down versions of the end product will be produced in order to identify the best possible solutions for the problems identified in the first three stages of the process.

Test. During the final stage of the model, the prototypes are tested and refinements are made to “rule out problem solutions and derive as deep an understanding of the product and its users as possible.”

What’s Wrong With It

All of that sounds well and good. So, what’s wrong with it? Well, as far as the general approach behind Design Thinking — absolutely nothing.

The five steps of Design Thinking are all fairly commonplace and non-controversial. Everyone should be incorporating these principles into their businesses.

Regardless of the particular Design Thinking framework used, all share an emphasis on the end-user (or customer), the consideration of multiple ideas or prototypes, and the gathering of useful feedback through testing.

Design Thinking has had such a relatively-long shelf life — as far as business trends are concerned — because the fundamental tenets it preaches are sound, useful, and viable.

But like so many good things, Design Thinking has been marketed to hell — such that it now promises far more than it can actually deliver.

What began as a useful and important methodology for creative problem-solving has since been reduced into little more than a vapid commodification of the actual design process.

As graphic designer Natasha Jen stated in a provocative 2017 talk entitled “Design Thinking Is Bullshit,” the concept of Design Thinking is now a vacuous buzzword that is being peddled about as a legitimate means of learning actual design. 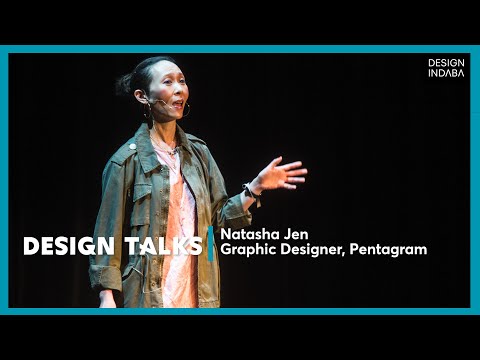 She elaborated on this in a recent episode of the Design Observer podcast, claiming that:

The problem with Design Thinking as it’s advertised today is that it reduces the complex (and messy) practice of design into a rote, five-step framework that can be presumably picked up by just about anyone and applied to just about anything.

Regardless of what the MBA-types might lead you to believe, design is more than a process. It is a skill set. And like all skill sets, it can’t be adequately captured in a tidy framework or successfully learned over a long weekend.

It requires, among other things, the sort of self-criticism that comes about only through the act of creating hundreds (or even thousands) of truly terrible designs that will never see the light of day.

It requires a kind of artistic way of thinking that defies linearity, neatness, frameworks, and processes. Sure, it might be developed in many people — though by no means everyone.

I know that doesn’t exactly make for good sales copy. But it’s true.

So, is Design Thinking just a load of bunk then?

Not really. But don’t give into the hype, and take it for what it’s worth.

Design Thinking is not going to change your life, or save the planet. But regardless of what discipline you happen to be in, there’s a lot to be said for emphasizing your customers and coming up with creative ways to solve their problems.

Design for your users, create a whole bunch of crap, and then gradually improve on that crap based on feedback from others — as well as your own self-criticism, honed over a lifetime of creative work.

That’s Design Thinking in a nutshell. And you don’t need a Stanford education to learn it.

Stay up to date

Subscribe to my newsletter to make sure you're the first to know whenever I publish a new blog post.